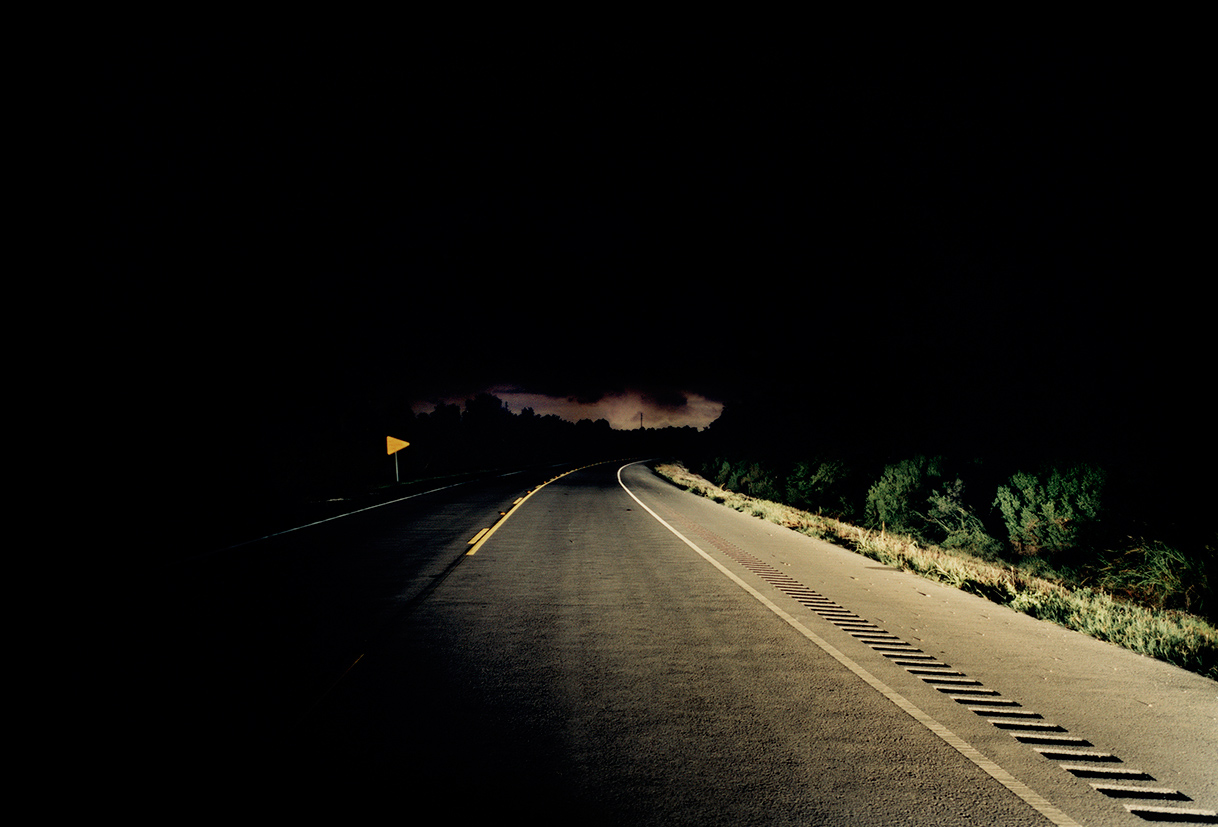 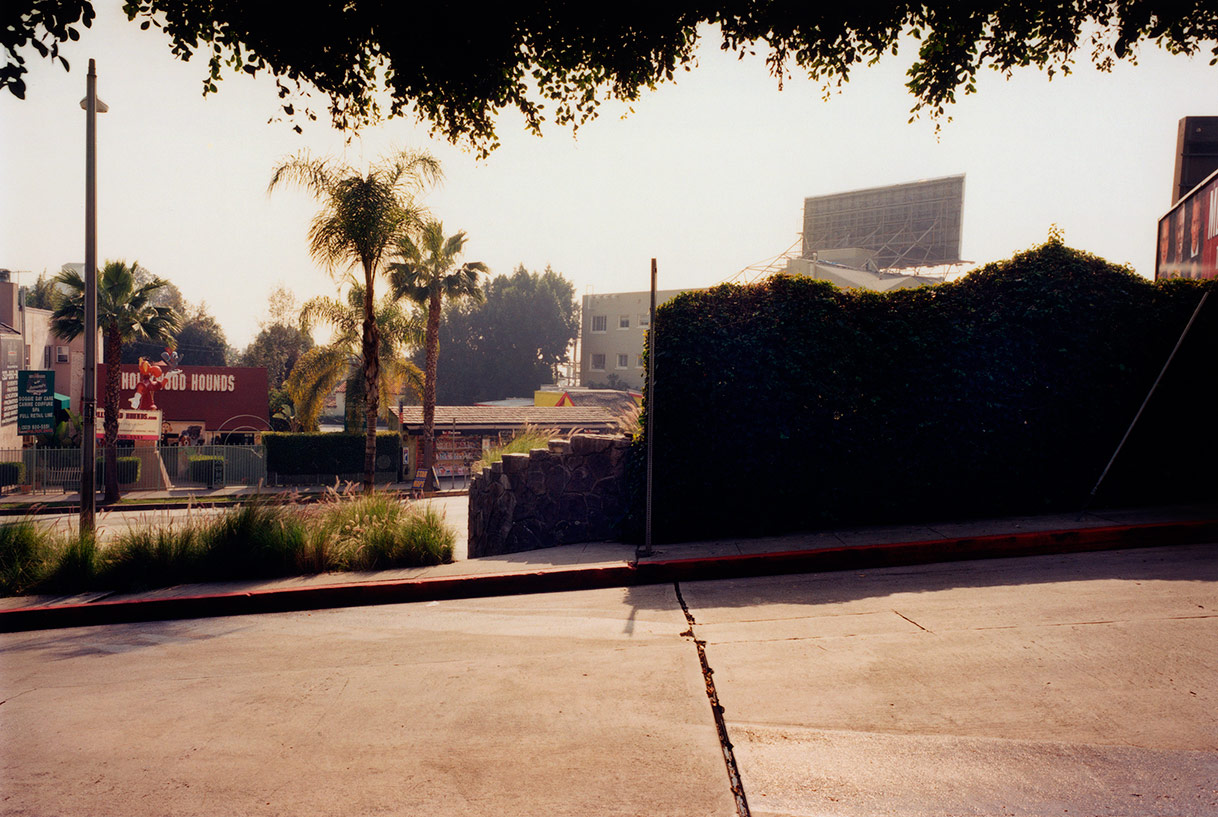 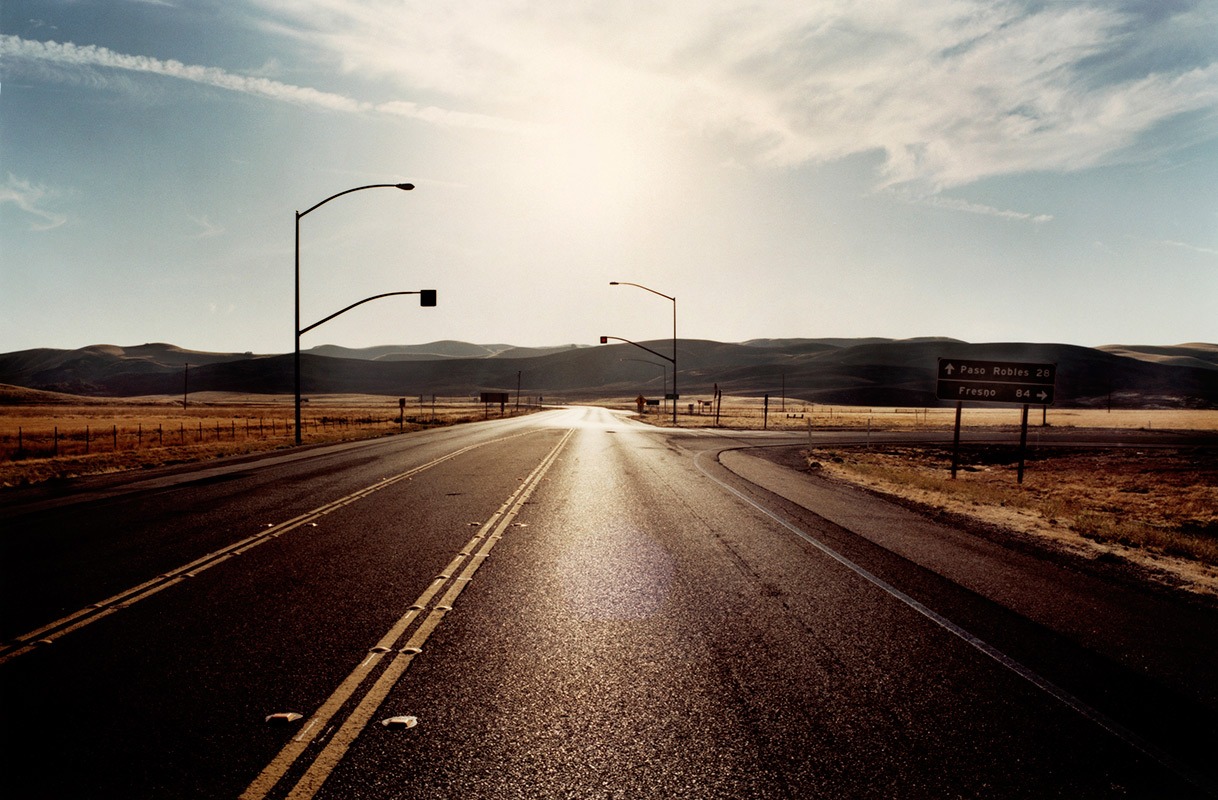 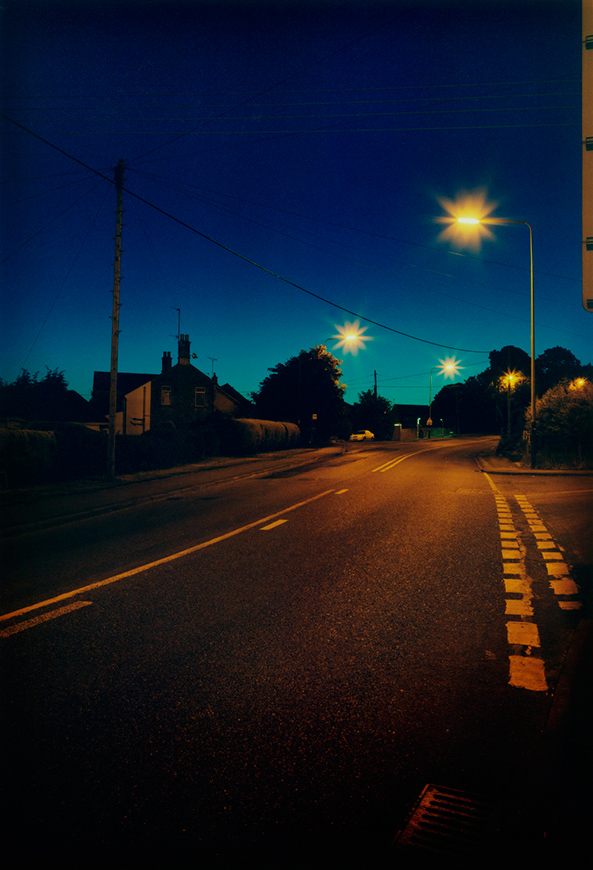 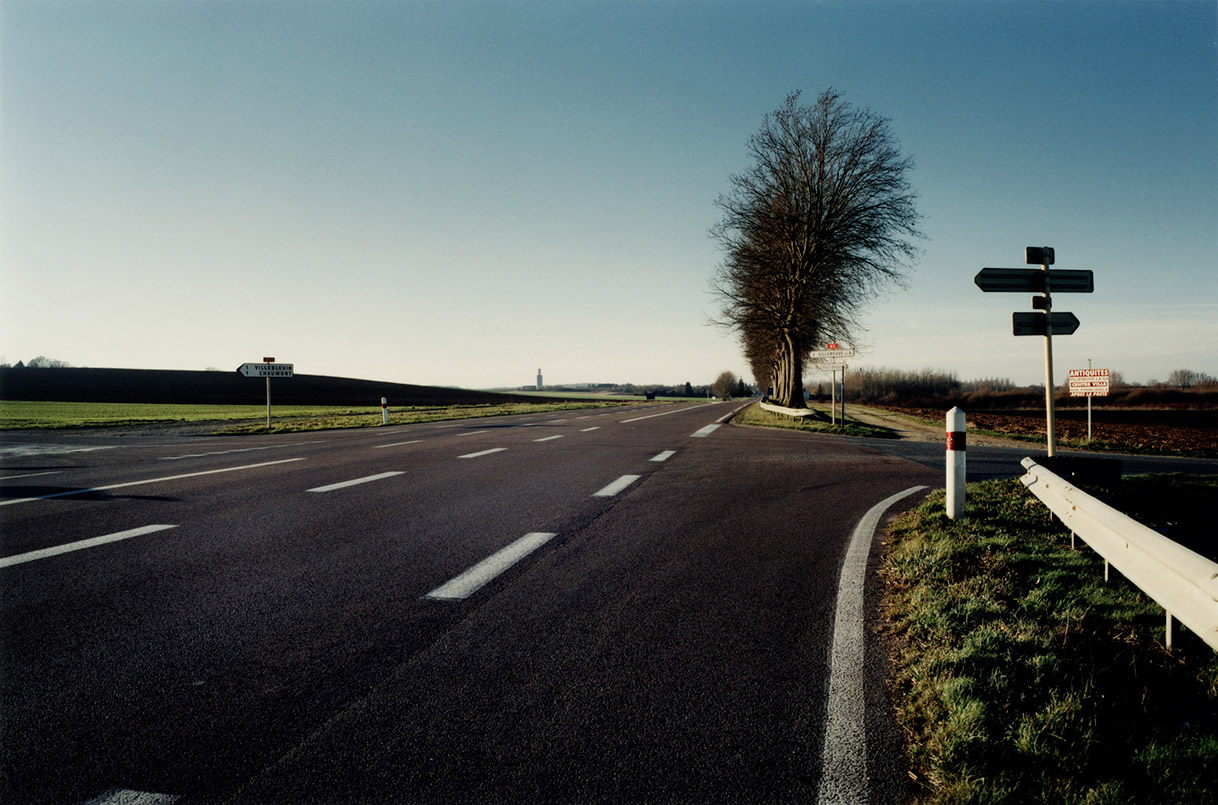 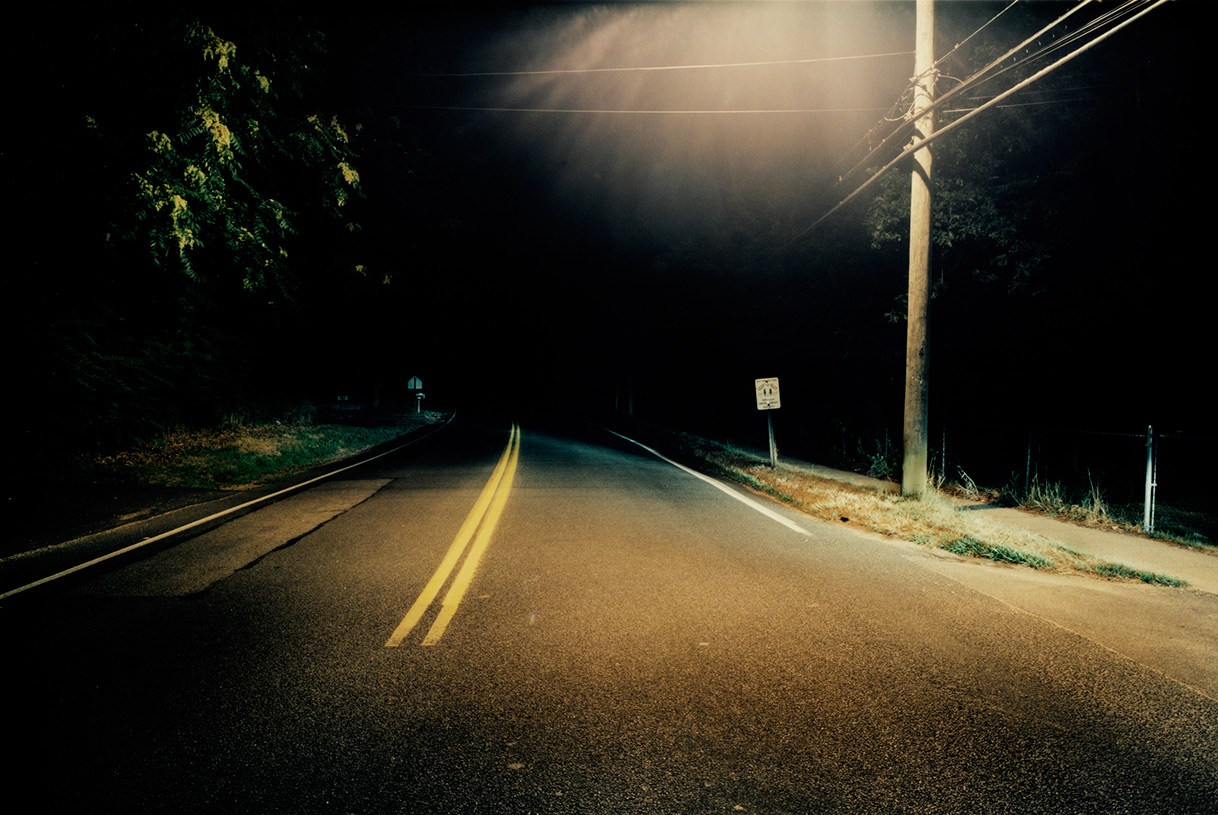 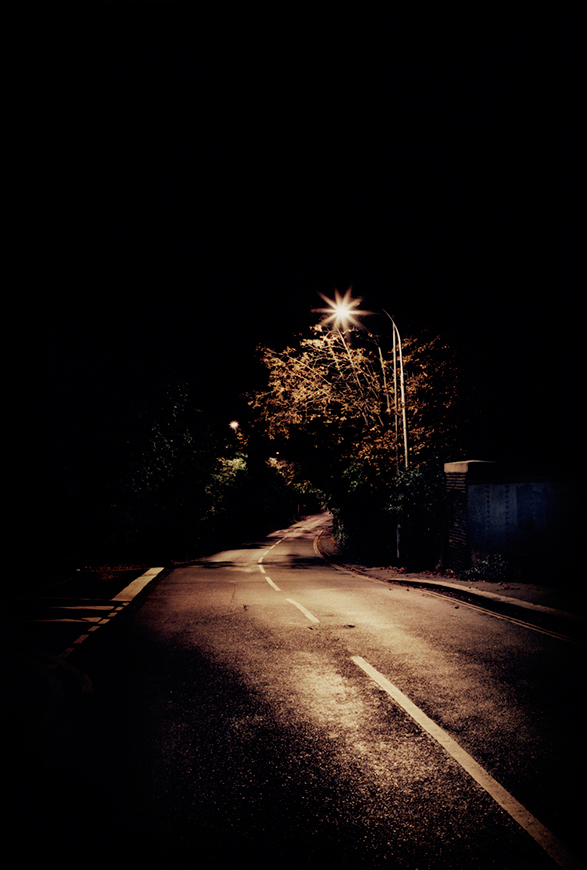 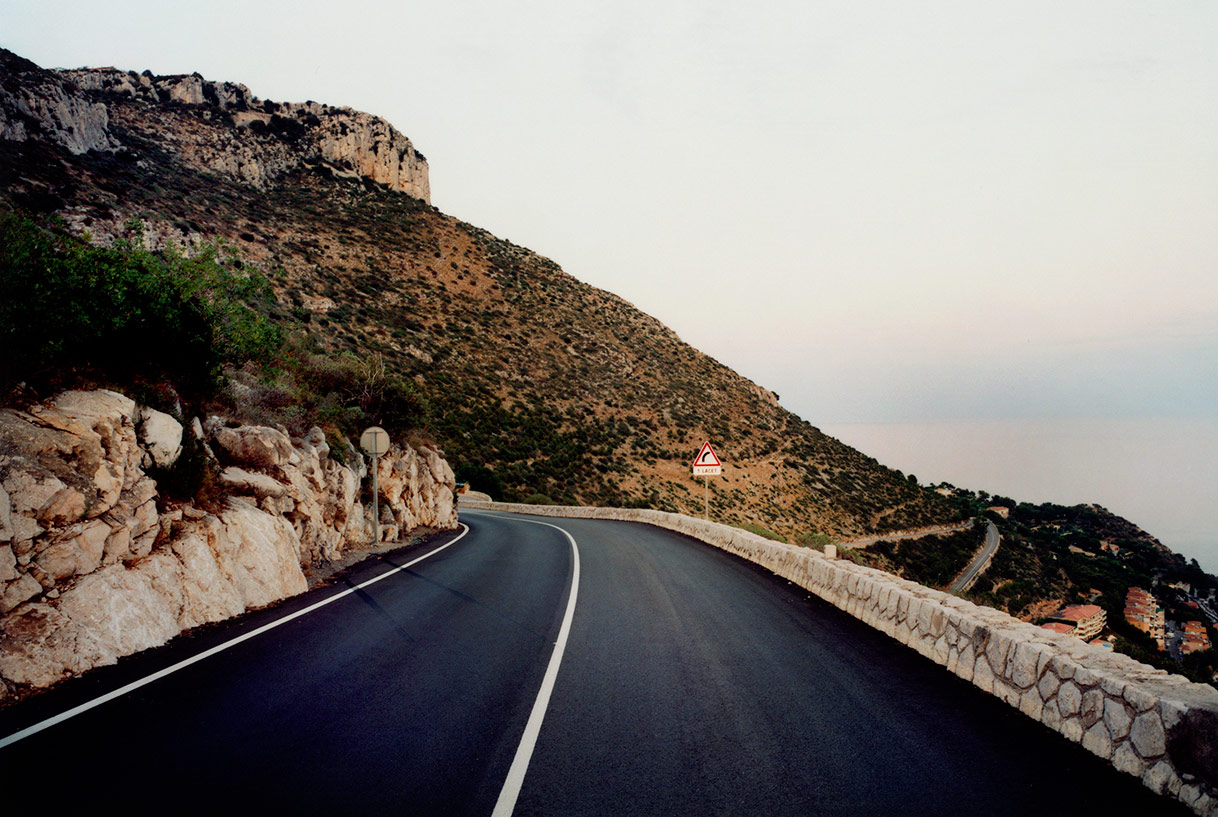 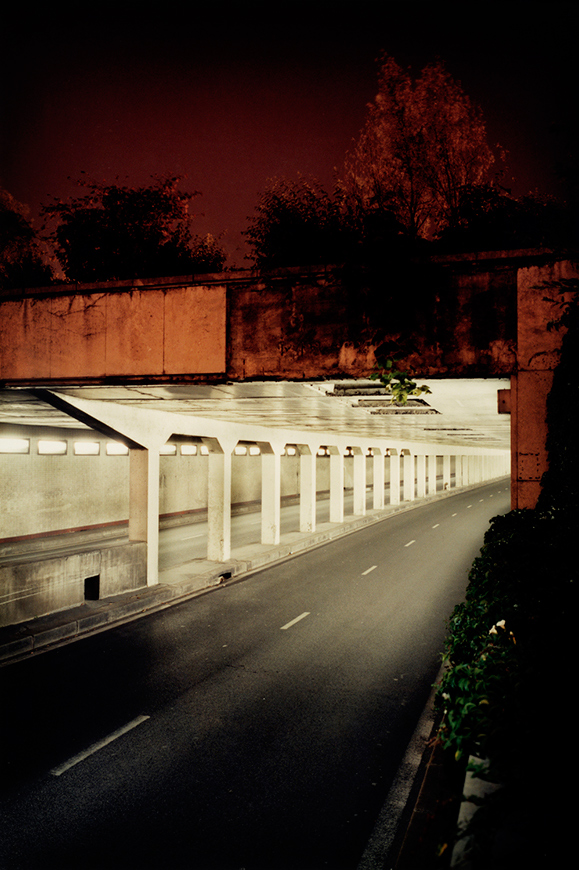 The intersections of fatality by Ken Russell

This series of landscapes, as would have been seen through the eyes of these unfortunate celebrity icons captures the moment before their deaths.

This exhibit shatters and unexpectedly elates, not least for its stunning, eerie beauty, but also for its power to confound all preconceptions of what those famous deaths by car accident might have been like. This is death not as post mortem but as seen from inside the event, seen by the living participant when death is pre-eminent.  These remarkable photos seem to put us in the car seat and into the imagined consciousness of each of these famous fatalities.

Deans works about death are filled with life, a presence; the void, emptiness; light, dark; time-travel and memory-making. His choice to feature famous icons who died of car crashes invites spectators into a participation mystique, a shared experience or the memory of one, since these icons seem intimately known to us via our heightened, unexamined projections onto them. The places they died will always belong to them in some way, and Dean Rogers examines the very nature of haunting with his meticulous scrutiny. These photos are a rigorously researched detective narrative two years in the making, as well as being just about as close as one gets to actual photos of the afterlife.

All shot at the exact time of day or night and season, recapturing each fatal moment on the precise anniversary of the fatal accident. Weirdly, each of the photos seems to reveal profound insights into the personalities of the individuals – their death scenes either perfectly illustrate or starkly contrast what we know of them, in the same way that Freud and Lacan’s famously named “death drive” sometimes accompanies, sometimes opposes the Eros  pleasure principle. Something about these photos – their purity and elegance – the emptiness, the refractive streetlights like an angelic horde of starry  greeters, the desolation of the swamps or the highway juncture, the emotional expressiveness of the single cypress, the midnight back road or the indifferent  suburbs, launches each of the characters and our imaginations with them into the landscapes – as though when the personalities came to a full stop with horrific impact, their spirits kept flying.

Dean has been haunted by this subject since the age of 11, when his friend was knocked over by a car, with disabling results. Everyday for five years, on his way back and forth to school, Rogers would scrutinise the patch of road for the scars he retained in his psyche, only to see time cover up the landscape much more readily. In the neutral and implacable way that nature does. “Where does  that memory go? What memories inhabit landscape, especially when trauma is connected?” he asks. “It’s a way of stepping back, and capturing the secret memory in landscape.”